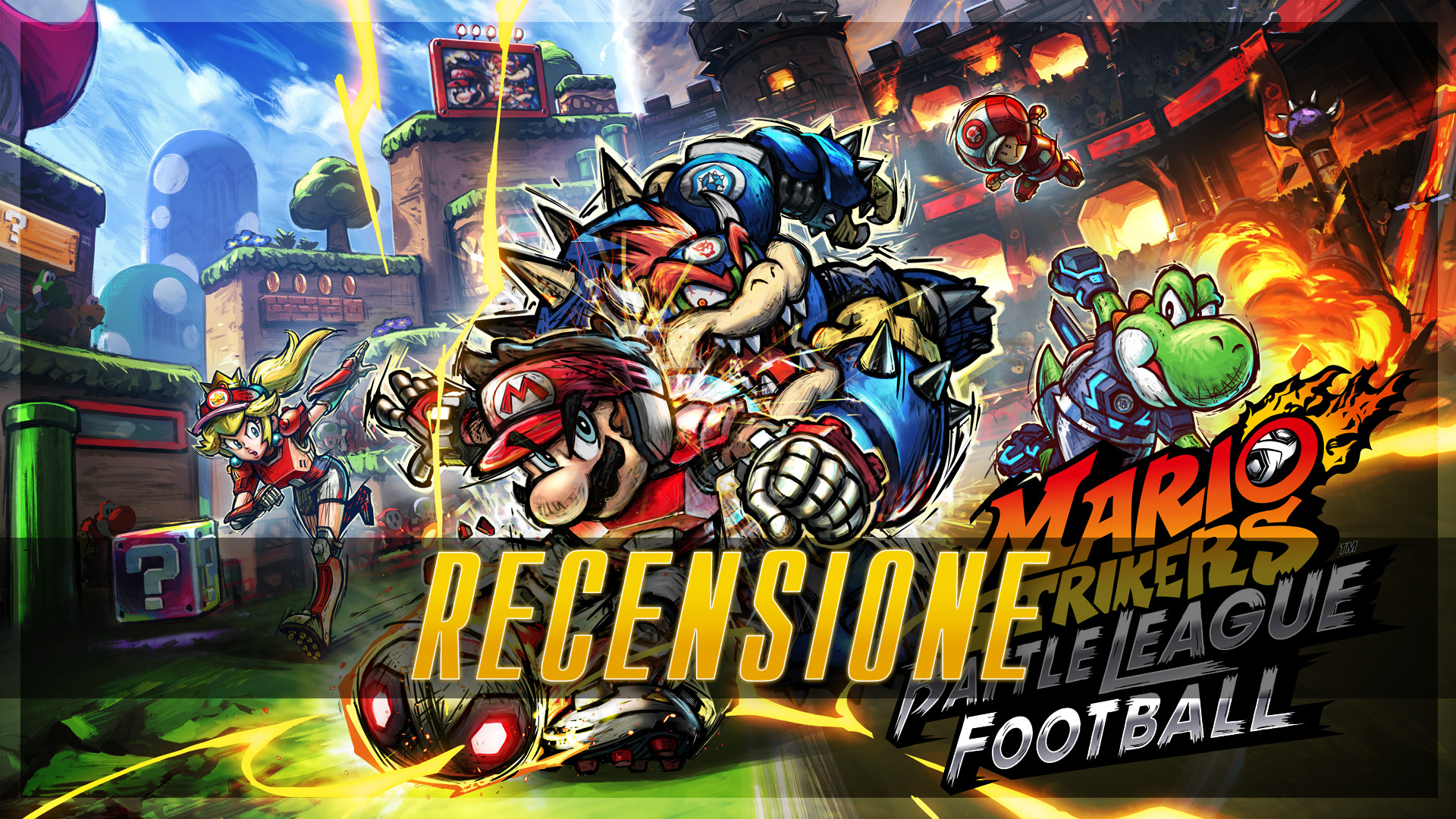 The concept of the party game has certainly weakened over the last few generations. Or perhaps it would be more correct to say that it has changed. The focus of multiplayer games has shifted to products that wink - or totally embrace - the board game genre, relying on the ease of basing a match on any game with relative ease thanks to online play. The aspect of the local game still finds breath in the scrolling beat'em ups, among which River City Girls, that gem of Streets of Rage 4 and the brand new TMNT: Shredder's Revenge certainly stand out. There are also some titles that courageously try to carve out a space without going down the beaten path, such as the all too underrated Killer Queen Black. Yet, where is the "Party" dynamic? One of the last exponents that I most appreciated - I don't want the Mario Party brand - was the madman Battleblock Theater of Behemoths, dating back to 2013. Nintendo certainly has not abandoned that market and in addition to the aforementioned "Party" series we find Mario Tennis, Mario Golf, the Sports series and today, probably closing the Nintendo Switch circle, there it is also Mario Strikers: Battle League Footbal.

Of course, Mario Strikers is not in itself considered a canonical party game, just as Mario Golf or Tennis are not but the heart of the experience always leads to the same result: they give their best locally.

Battle League Footbal can be played up to 8 players on a single Nintendo Switch, obviously being able to take advantage of the individual Joy-Con and creating some of the most delightfully chaotic situations ever seen. Because although as already mentioned in the preview, the title is very technical and multifaceted, it still remains a blaze of delusional frenzy.
And frankly, that's good.

Mario Strikers: Battle League Football has a single player mode of reasonable longevity but plagued by a troubling level of challenge. The first Cups that are presented to us are in fact of a disarming ease, which on the one hand is a great way to scrape together the money to unlock the character equipment but after a couple of games it leads to play by inertia. Unlocked the "Galactic" mode we are again facing the same championship cups but this time with a surprise: the CPU starts cheating. A very strong input-snipe allows the opposing theme to know exactly when to use tackles to take possession of the ball and when to dodge at the right moment while we try to enter the slide. All of this obviously seasoned with perfect passes and shots, while our goalkeeper seems in most cases not used to his task of defending the mirror of the goal. 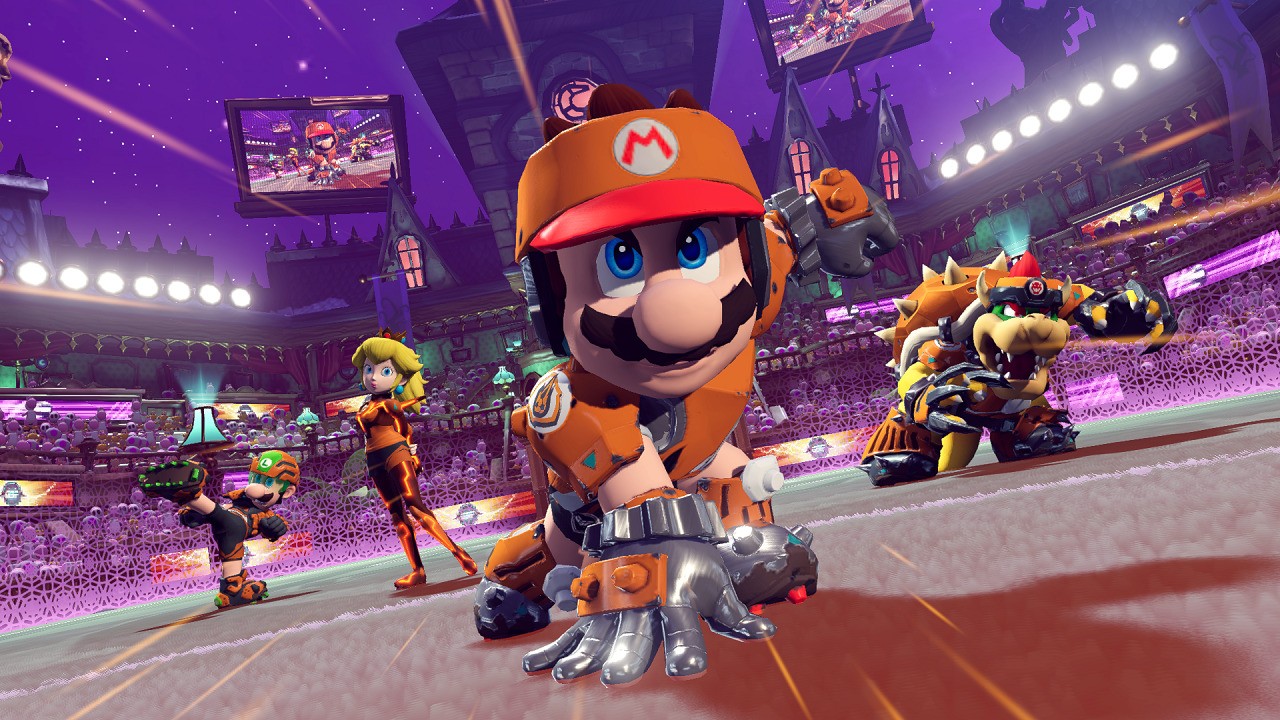 The power of friendship

In short, playing the Galactic mode of Mario Strikers can be very nerve-wracking, although the in-game currency prize is actually greedy enough to push us into this torturous (championship) hellish round.

With a more reasoned difficulty curve, and exploited starting from the classic mode, it would have been much more interesting to face these mini tournaments and instead you go from self-finishing matches to frustrating matches where you often don't feel in control of the game. Luckily, multiplayer comes to our aid. And here it is good to make a clarification: Mario Strikers: Battle League Footbal makes no sense to exist when played solo.

Would anyone ever play Donkey Konga without the bongos peripheral? I doubt it. Here you are, Mario Strikers' peripheral is friends. I don't want the online modes, which certainly can - and will - give life to the game, and which I will come back to shortly, but there is simply no story. And it is clear that it is a purely personal opinion (like this whole article) but nothing beats the satisfaction of playing this title locally.

Among other things, playing side by side with your friends - who after a couple of matches may not be so much friends anymore - allows the game system to show its best. Mario Strikers is in fact a title that easily falls into the “easy to learn, hard to master” category, but not only: it manages to entertain at every level of ability. The dev team has thought of some tricks to allow newbies to approach the game, eliminating objects and / or hyperthires but in reality the real strength of Strikers is to be able to be easily playable by anyone, without having to lose his soul even when playing at the lower levels. The title is fast and immediate, and makes every single match exciting between players who compete side by side, creating a satisfying and addicting experience. In short, Mario Strikers: Battle League Footbal is one of those games perfect for evenings with friends. It is necessary to spend a few words on the Mario Strikers online counterpart, being the biggest change of this new iteration. Facing some quick matches you realize that you enter partica with speed, quickly finding one or more opponents (or companions) to jump into the game. In terms of connection stability, even without using the cable but being able to count on a good wi-fi connection, you can play well in friendly matches and considering the standard duration of the matches (four minutes) it is easy to dive into online gaming sessions. and escape, perfect for the game.

Basically, this new Mario Strikers seems to be working well. The unknown factor, however, lies in the modality conceived from an e-sporting point of view, namely the Club Striker. Like many other online titles, Battle League Footbal will move by “seasons”, and each Club will be able to earn points during this period to climb the international rankings. Having a club means putting various teams under your crest, all of which compete with the same goal, trying to make your club as prestigious as possible.

The game invites you to create your own Club thanks to a series of options that allow you to change Coat of Arms, T-Shirt and, above all, your own Stadium. The characterization of the latter is the most interesting one, because it is not limited to letting us choose a series of existing configurations but, depending on the main theme chosen, it allows us to unlock various changes for our half field. These elements to be arranged and be able to show off online, however, are unlocked not with the classic currency of the game, with which we buy the equipment, but with the points obtained in the online leagues.

In short, in itself, it seems that Nintendo focuses a lot on the "e-sport" soul of its latest exclusive, which hopefully means continuous support for the title, today getting unbalanced on this mode is impossible but it will certainly be decisive for the future of Strikers. . 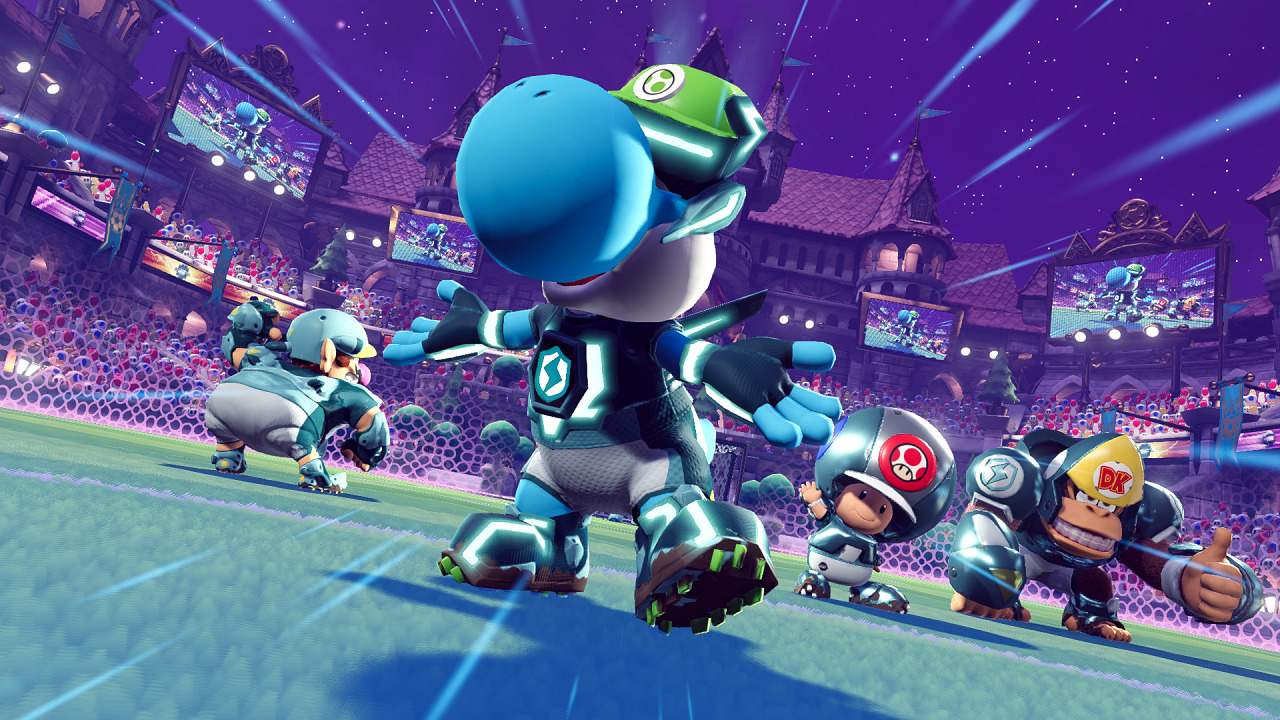 Mario Strikers: Battle League Football is a title that cannot conquer all. There are few single player modes, also due to the nature of the title that doesn't go well with variety and hybridization. Of course, it would have been interesting to have a well-packaged story mode to flesh out the experience of those who play strictly solo and the lack of such a mode is felt, especially knowing what Nintendo is capable of, looking for example titles like Smash. Another sore point is the roster: only 10 characters. Fortunately, but the opposite would have been absurd, each of them is excellently characterized, both in their skills and in their style of play and in the excellent animations that move them, up to the spectacular Hyperthires, of which, however, it would have been nice to have at least one variant .

Net of that, Mario Strikers: Battle League Football is a title not to be underestimated. Backed by solid, layered gameplay and captivating aesthetics, it's a game that's hard to break away from, especially played in company.

Nintendo Switch - the hybrid console has sold over 111 million units

Samurai Maiden announced, a Hack and Slash coming this winter

Will Nintendo launch its own gaming smartphone?